I treated a fun and bubbly lady, who worked in a law firm, as a  patient about 5 months ago.  She had  chronic neck and arm pain and had been on the “search” merry-go-round for 6 years.  She came to see me because her manual therapy practitioner, who she had been seeing roughly 2-3 times a month for 4 years, had moved away.  She was highly distressed about her pain and fixated on the idea that there was a “cure” out there for her – that she only had to look hard enough for it.  She was very knowledgeable on the various combinations of over the counter medications she could combine with her prescription drugs to get a variable level of pain relief, and consequently was taking a lot of opioids.

Functionally, she was still employed at work but was starting to take more and more sick days off work, was cancelling social events on bad days and had stopped doing some of the things that she loved like yoga and classes at the gym.  Whilst she still regularly went to the  gym and had a personal trainer, there were dozens of “rules” about what she couldn’t do – based on cause and effect assumptions she had made about flare ups following a session at the gym.  She also had a lot of pain behaviours at both work and home – talk and avoidances that painted a picture of her being “sick” or “broken”.   As with most of these cases, there was nothing on her imaging that provided a definitive answer as to why her pain was hanging around.

Despite all of this, she was a cheery and happy person, was very motivated to get better and had a lot of insight into her thinking and understanding of her condition – I knew that she was going to do really well with a bigger picture approach.

After spending the initial consult having a really good listen to her story, including her disappointment with all the failed treatments, I introduced the idea of taking a bigger picture (or biopsychosocial) approach, as it was known to get better outcomes for achieving her goals – to get back to the gym fully, to return to yoga and for pain not to dominate her life as much as it was.  She was keen to try a different approach as she acknowledged that her journey up until now had not provided the answers she had been looking for – if anything she felt like pain was becoming a bigger part of her life.

We booked in some long consults for the following three weeks and over that time, did some pain education, reviewed her thoughts and understanding of her condition, introduced some mindfulness meditation and began to create a team around her.  We enlisted the help of an exercise physiologist to review her exercise program and challenge some of the “rules” she had around exercise, especially regarding her fear of load bearing through her arms and doing anything with her arms above her shoulders.  Together with her personal trainer they started using a graded approach to re-introduce some of the exercises she had been avoiding.  We also got her GP involved for a medication review and fortunately he recognised and agreed with our intentions, and suggested that she reduce her use of opioids.

My main goal in those longer sessions was to use a level of understanding of pain neurophysiology to separate the connection between pain and tissue damage.  With this established, we were then able to take our emphasis off chasing the pain and put it onto her functional goals – we spent a lot of time talking about what was important to her, what her pain represented to her and how it was having an impact on her life.    I then began to introduce the concept that if the pain didn’t represent damage and was unlikely to get worse, she could begin to take part in some of the things that she had been missing out on in the presence of pain.  We talked at length about the concept that the complete removal of the pain wasn’t necessary, for her to live her life the way that she wanted. 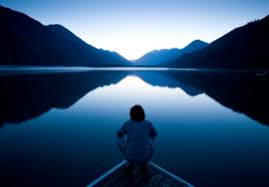 ACT and mindfulness approaches in pain are both blissfully simple when you strip them down to basics.  Provided you stick to the scope of pain and refer to a psychologist or GP if you feel that there are other psychological co-morbidities, these approaches will fall nicely under the umbrella of pain education and as a manual or exercise therapist, can fall well within your scope of practice. It makes sense for practitioners who are working with people in pain to look into some of these tools and start integrating some of the approaches in their clinical approaches.  Some great resource to start are:

After a brief break in sessions, my patient returned, more bubbly than normal, with a list of all the ways she had been working towards her goals.  Most importantly she reported that she had a better outlook on what her pain meant to her.  This included dropping a lot of her pain behaviours which had been defining to both her, and the people around her that she was “broken”. Ultimately this meant that she was far less distressed.  Her pain scores had dropped considerably – she still had pain, but it wasn’t interfering with her life as much as it had been.  This was reflected by a big improvement in her Pain Catastrophising Scale scores as well.

I chose not to use manual therapy on this patient because she had been so fixated and reliant on treatment prior to coming to see me, that I felt that if I used it, any gains that we made using a more biopsychosocial approach, might have been attributed to the hands on treatment, and taken away from the emphasis I was trying to create on self-management and active approaches.  Subsequently, and for a brief flare up episode we have used some manual therapy – but in a different context than what she had been previously – she now sees its as one of many tools that she could access to help her stay on track.

One of my favourite quotes that sums up a lot about these approaches is this:

“People who have something better to do don’t suffer as much.”  (Wilbert Fordyce, 1988)

You can also read this blog by Joletta Belton, who has suffered with chronic pain, but using these approaches has managed to gain a level of control of her pain and of her life.  It is very inspiring and great to forward on to patients who might be starting to gain an understanding of the concepts.